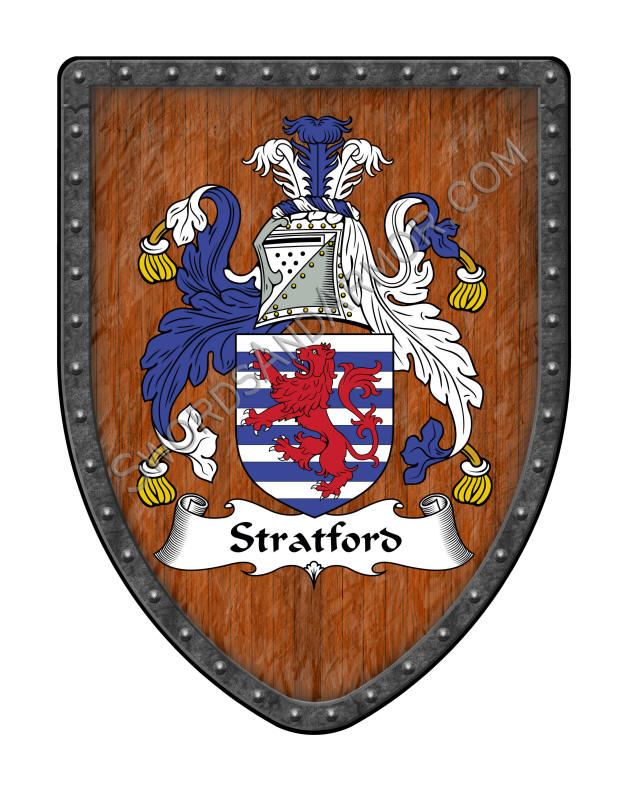 Custom Family Coat of Arms - Made To Order 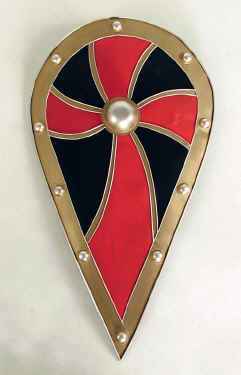 This Site is Secure and PCI Compliant

The Foundation of the Medieval Ages

To understand the beginning of the ten centuries that are regarded as the Medieval Age, you have to look in two different directions to understand the collision of cultures that occurred to produce the period we call the Middle Ages. This Era is generally recognized to have begun with the defeat and assassination of the Roman Emperor, Romulus Augustulus on September 7, 476 AD.

The Roman Empire in the West was the final gasp of the Ancient World Order, the end becoming the beginning of the Byzantine Empire that was established by Constantine I in 330 AD. The “New Rome” was stemming from the ancient cultures of Greece and Rome and became the Byzantine Empire that thrived in the East for another thousand years. The earlier Rome Empire had spread itself throughout Middle Europe including the British Isles with its well-trained forces, advanced applications of metal working for tools, armor and weapons, and their supreme self-confidence based on 300 years of world domination. But by the year 476, their civilization was crumbling.

The downfall of Rome in the West was largely due to weak leadership. Beginning around the third century, Rome began to encounter various tribal groups that did not obey the laws of warfare. These Germanic and Celtic tribes were skirmishers, used to sneak attacks and were not as well equipped to fight the orderly Roman forces but made up for it in bravado and the element of surprise (Imagine the fear inspired in a typical Roman soldier when a blue fully tattooed, completely naked man ran screaming at him with a very large axe in hand and maniacal rage in his eyes as the Picts and early Celts did). Their weapons were mostly iron and their medieval armor made from leather and cloth. The Romans had discovered steel and utilized it in their armor and weapons but connecting said weapon to the body of a Barbarian was hard pressed when the Hordes favored midnight attacks and picking off of the Roman forces as their soldiers in the back of the formations were grabbed and slaughtered without the commanders even alerted.

So the Romans decided to quit wasting their resources trying to run these intruders out and chose to offer the various tribes land and allowed them to settle within the Empire. This was contained immigration until around 395 AD with these tribes adopting Roman customs and becoming Roman. The Romans also hired these Germanic tribes as mercenary soldiers to fight against each other as there were too many fronts to fight and not enough Roman soldiers to cover the very large territory that made up the Roman Empire. The tribes that settled were the Vandals, a group that stemmed from the Huns who harassed the Eastern Roman Empire, who moved into Spain and Portugal, eventually moving into North Africa, the Ostrogoths in Italy, the Franks that were in modern day Germany who moved into Gaul, the Visigoths in France and Portugal eventually moving into Spain. Celts, Picts, Angles and Saxons were their headaches in the British Isles spreading their resources even further.

Rome’s leaders declined gradually with their authority, relying more and more on Church authority which became the state religion in the “New Rome” (now Constantinople) which Constantine I established both in 330 AD. The Germanic tribes that were clustered in the northern outreaches of the Empire began to move south and fought the Romans and each other for land, forcing the more southern group to move further south. Eventually, the Romans were fighting on so many fronts that under brothers and Co-Emperors Honorius (Western Emperor) and Arcadius (Eastern Emperor), it could not protect itself. The next emperor, Romulus Augustulus tried too late to consolidate and restore the Roman control, and was killed in 476 AD by Oadever, a leader of the Visigoths, who claimed the territory of Italy as King. This was the death signal for the Western Roman Empire, although the Eastern Roman Empire remained secure in Constantinople and went on for another 1000 years.

The two different directions of history had merged to become the more ‘modern’ medieval Europe, crashed from the Classic age of Ancient Rome and mixed with the barbaric Germanic tribes to become the emerging powers of the lands. This was the beginning of the Middle Ages.

During this era, early medieval armor was simple in design and had no outstanding continuity. The Romans did not wear standard issue but were a mix of different styles that developed based on age and the province where it was made. Not believing in throwing anything away, family heirlooms for generations could be found still in use along with the latest from the local state factory on the same person. As long as it was useful, it was approved for wear. So much for the movie versions of nice neat Roman legions all dressed alike! The Imperial Roman helmets were made from brass, some from orichalum, some decorated, probably to distinguish elite groups such as the Praetorian Guard, and after 250 AD, more steel, both plain and decorated began to appear. Their armor would have been a mix of metals, iron and brass being predominant but orichalum and steel adding to the variety of the average soldier.

The Horde wore simpler battle garb, relying on leather and chainmail and were not as privy to the steel that the Romans were with their trade routes so their fate depended more on their battle moves than their covering. However, the Celts produced the design that the Romans used for their foot soldiers medieval helmets so there were similarities between the two as well.

The Romans developed a system for their cuirass or Lorica Segmentata that involved a process known as Case Hardening. This referred to the use of softer metal covered in steel that made the cuirass less brittle. The name, Lorica Segmentata actually stems from 16th century Latin and was an apt description of this layered piece put together with brass fasteners (eventually replaced by rivets and solid plate) that allowed for easy transport as it would fold up on itself with 4 distinct sections. This style began to disappear at the end of the 3rd century but was used for nearly 400 years by the Roman military.

The medieval chainmail that would have been the prized possession of a Vandal or Gothic soldier was used throughout the Middle Ages and evolved from around the first century, being used into the 1600’s. It was also known as ‘ring mail’ for the distinctive metal rings that made up the ‘fabric’ of the piece being used. It was used primarily on the head, chest and arms and helped to thwart arrows and knife blades and became longer as time went on, eventually going to the knees. It began as a primary covering and eventually was used under plate armor. This was found from the British Isles to the North African Germanic tribes throughout the thousand years of the Middle Ages.

Medieval weaponry also varied with the axe being the more popular weapon of the Germanic tribes and the Romans favoring swords. Everyone used a knife as it was not only one’s close range weapon but it also doubled for silverware at dinner. Shields were ancient protection that were also used by everyone and was a good way to identify who the enemy was due to colors, symbols and shapes favored by a particular group. The metals used progressed through the stages of the Middle ages as well. Iron and brass were used in the early part with steel edging out to make the best tools as Medieval weaponry evolved.

Thus, the beginning of the Middle Ages was already a conglomerate of styles, metals and varying origins of both its people and its military accoutrements. What evolved over the next few centuries was more stylized and provincial but until the late Medieval age, there just were not very many rules as to how one got up and got dressed for battle. Survival was key and the policy of “use what armor you got” was in full play throughout the medieval period.