The Earley manor in England came into the Earley (or Earlegh) family around the mid-12th century, probably through the very famous John de Earlegh who was the ward of William Marshal. This John de Earlegh remained very close to Marshal throughout his lifetime and was involved heavily in the intrigue surrounding King John at the time. He was sent to meet Count Richard to inform him of his father’s death making him now King Richard. Then he had the unpleasant duty of witnessing Richard’s death in 1199 and bearing the news back to England. King John’s right to the throne was no longer in question and John de Earlegh was a witness to the signing of the Magna Carta. De Earlegh had risen through the ranks to become marshal of the royal household, as well as seneschal to the Marshal household and eventually a marshal of Leinster Castle. He was awarded lands that became his family’s home for two hundred years. It gave the family their name of Earley. The John de Earlegh who became known as ‘the White Knight’ was probably his grandson or great grandson as he was born around 90 years later. He is overshadowed by his famous predecessor but earned his title of ‘The White Knight’ through his demeanor and chivalrous behavior with his life and battles toward the end of the 13th century. It is unfortunate that little is known of how he earned this recognition but it is implied that he was a hero, worthy of his ancestor’s legacy. His home became known as Earley White Knight’s Manor, later shortened to Whiteknights Manor and eventually became the University of Reading’s main campus, where it still exists today and is now known as Whiteknights Park. The earlier John de Earlegh was believed to carry a shield with a coat of arms that was uniquely his. The symbols used were three white scallops painted on a field of red. The historical evidence is based on these symbols being found in the entrance to the Great Hall of Chepstow Castle, the home of William Marshal, and in a painting depicting a battle that this John de Earlegh was involved in defending King Richard with several depictions in paintings. The most famous of this is found in the British Library in a book that is a vast compilation from the 13th to the 15th century called the Grandes Chroniques de France.

It would make sense that this would become a family crest as the younger de Earley would have carried traditional gear that would identify his family and their rank. If this is the White Knight that you wish to depict with the wearable armor available on this site, a historically appropriate addition to this armor would be this shield. Medieval shields and replicas can be customized and purchased on this web site.

Another “White Knight” was known in an earlier time, so far back in the mists of time to now be only a character of lore. Nearly 400 years prior to John de Earley was Sir Galahad a White Knight of the legend of King Arthur. He is more a character of fiction as King Arthur himself, although certainly based on a historical figure, but he remains historically undocumented. Yet the beloved legend carries on through books and now movies and it continues to be a source of inspiration and great drama. His story is one of beauty and romance sung well by the troubadours of that early time. 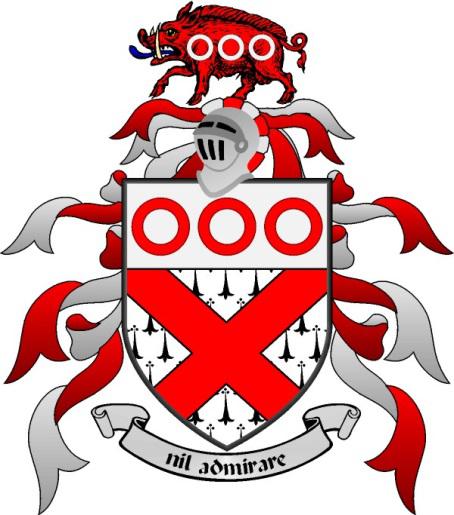 Another compelling White Knight emerges from Ireland during the medieval period- actually, an entire line of them. Between 1169 and 1171, a group of Norman Knights were awarded parts of Ireland by Henry II for their service to him. These men intermarried with the nobility of the Irish and eventually adopted Irish customs, including adopting the custom of family clans. There were three hereditary titles of the Desmonds in Ireland, The White, the Black and the Green Knight. These all date back to the Earls of Desmond who were among these Norman Knights, who gave this as a hereditary title in the Fitzgerald family for their family members, part of the Anglo-Irish lords that held some of the southwestern areas in Ireland. Although now extinct, these hereditary titles were carried on from the 13th century until 2011, a very ancient tradition that has spanned eight hundred years. In earlier times, ‘Fitz’ added to the name of the male parent indicated a recognized illegitimate son (or daughter). This is why, if researching genealogical names, there can be sudden switches in the paternal names, as it was custom to give credit to the progeny whether the parents were legally married or not. These children were raised in noble houses and treated with respect but lacked the status of legitimacy to marry within the parent’s station and would usually have limited inheritance rights. However, royal blood was always recognized which is probably why the White Knights were created (along with the Green and Black Knights) due to the Irish royal bloodline that lived in them. All three of these titles were begun and held in the Fitzgerald family; the White Knight being carried forward through the FitzGibbon family line, a sub-clan of the Fitzgerald line. The first White Knight was the grandson of the first Earl of Desmond, John Fitzgerald, and he was named Maurice FitzGibbon, son of the eldest illegitimate son of John Fitzgerald, Sir Gilbert (Gibbon) fitz John and the daughter of Eldest Prince (and heir to the High King of Ireland) of Connacht, Honora. The title passed down for 12 generations, a span of three hundred years, through the FitzGibbon family. These Knights were not addressed as “Sir” but as “Knight”, as Knights are on the lower end of the social scale in the social order of the Archaic England. That order was Royalty, Peerage, Baronets, Knights, Gentry or Gentlemen, Yeomen, Husbandry, and Cottagers or Laborers. The FitzGibbons were awarded a part of south-eastern Limerick near Cork. This remained under their rule until the English took over Ireland in the seventeenth century and took their leadership and lands away from them. This did not sit well with this family. The FitzGeralds and FitzGibbons were actively involved with the rebellion of Ireland under the rule of Elizabeth the 1st who ruled England from 1558 to 1603. The tenth White Knight, John Og Fitzgerald (aka FitzGibbon), was disgraced by the Irish Parliament for openly rebelling against the Crown, losing the family’s lands. The eleventh White Knight his grandson, was named Edmund FitzGibbon who did his best to remain loyal to England in order to regain his family’s lands, in spite of his kinsmen’s insurgencies against the English rule. However, when young, he had accompanied the FitzGeralds into what became known as the Desmond Rebellions in hopes of retrieving his family’s lands that had been taken from them by the Crown. The English were unappreciative of his later overtures and remained suspicious throughout his lifetime, incarcerating him and threatening him with death on several occasions. It appears that he was equivocal in his dealings with both the rebels and the Crown, choosing his solutions based on which presented the best opportunity to get his family lands back. It is a mystery as to which side he actually supported at the end, as his grandson and heir, the last White Knight, Maurice Oge FitzGibbon, was also in active rebellion against England, although little can be found that documented his short life. Although Edmund was promised his lands and additional titles during the course of the Rebellions for the capture of the Desmond leader, which he carried out for the English, he never received them legally, dying before the paperwork was finished. His grandson, Maurice Oge Fitzgibbon, died the day prior to his death in 1608, thus ending the male holding of the title of White Knight. Maurice’s sister, Margaret, held the title until her death but there it ended. The legendary White Knights of Ireland were laid to rest along with their title, fighting for their lands and name until the very end. 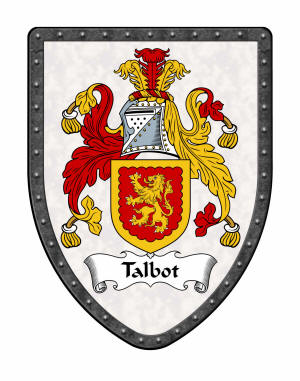 All pages, images and text copyright © 2001-2014 swordsandarmor.com . All Rights Reserved

Attention Internet Thieves ... Our lawyer could use a new Mercedes Benz ... stealing images and content from this web site and reposting it as your own ANYWHERE will insure he gets that new ride on YOU !